WATCH: Anti-Police Protesters Keep Shooting Each Other by Accident 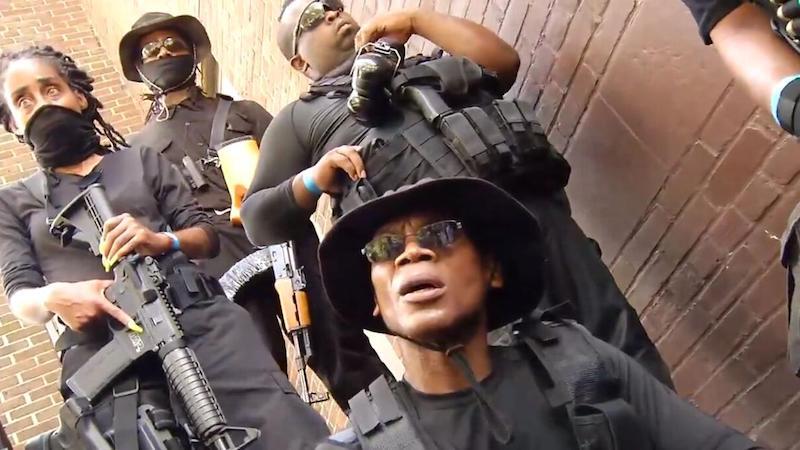 Five anti-racism protesters were wounded by members of their own activist groups on Saturday in a pair of apparently accidental shootings.

Three members of the Not F---ing Around Coalition, an all-black militia, were shot by their comrade on Saturday afternoon ahead of a march in Louisville, Kentucky, to demand justice for Breonna Taylor, according to the police.

Two other protesters were shot and injured on Saturday evening by a fellow participant in a march in Aurora, Colorado, against the death of Elijah McClain.

Here's a video of a vehicle that was shot at by rioters in Aurora, CO today.

A couple notes: the jeep was driving down an open lane, it seems to have a flat tire from rioters damaging it previously, the rioters begin shooting at it after it passes them by without hitting anyone pic.twitter.com/wPWzFYIuqE

None of the victims in either of the shootings have been identified.

A protester was also killed in an intentional shooting on Saturday night during a confrontation with a motorist at a Black Lives Matter rally outside the state Capitol in Austin, Texas, authorities said.

The spate of weekend gun violence followed two months of often-destructive nationwide protests over allegedly systemic racism in policing and in American society.

By contrast, anti-lockdown protests earlier this year, which saw often-armed conservatives in many states demand an easing of coronavirus-related restrictions, led to zero shootings.