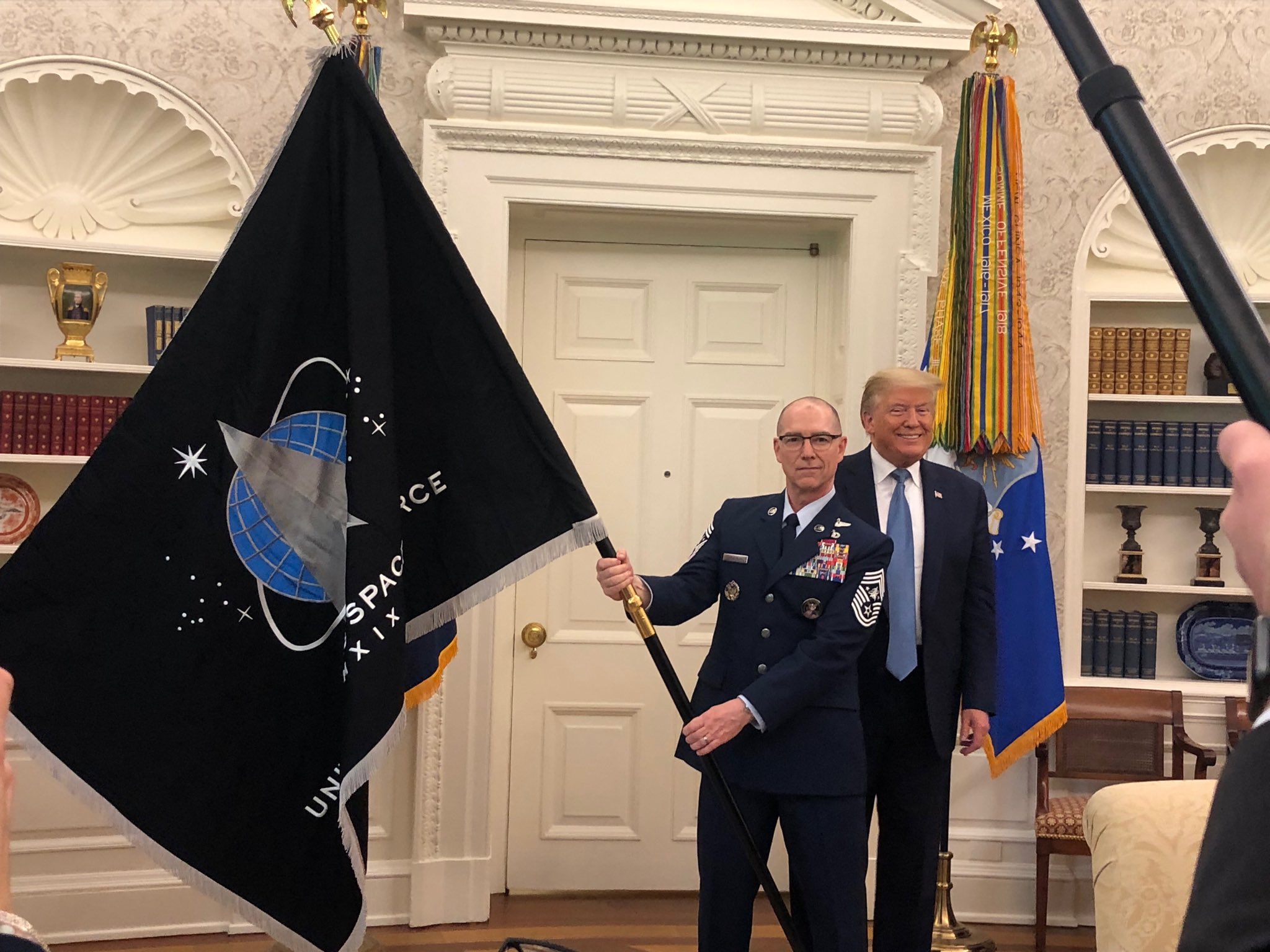 by   is licensed under
President Donald Trump sent Twitter into a frenzy by unveiling the official flag of the United States Space Force, the highly anticipated galactic warfare service branch.

Unfurling the new Space Force flag in the Oval pic.twitter.com/PXVOmVQmcy


The big reveal took place Friday afternoon in the Oval Office during a signing ceremony for the 2020 Armed Forces Day proclamation and was attended by military leaders.

Trump says that the Space Force is producing a missile that travels 17 times faster than others - calling it a "super-duper missile". pic.twitter.com/lqFOFrS82M

Several of the president’s critics on social media accused Trump of diverting resources away from supposedly more worthy endeavors.

If I had a wishlist for things Biden could do to make a small government conservative like me happy that would probably fly with liberals as well?
- End the Space Force silliness
- Disestablish the Department of Homeland Security
- Tear up the Patriot Act renewals and start over https://t.co/q6cZ5S5xmj

But others celebrated Space Force's mission to defend American interests. Space Force, a new hope: The official debut of the Space Force flag marks the unveiling of a new military service for the first time in 72 years.
by   is licensed under