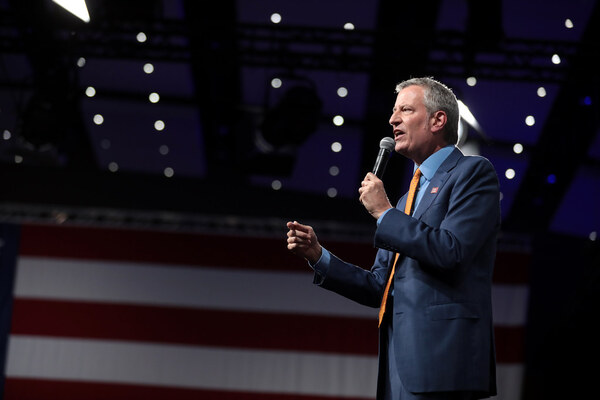 by   is licensed under
Yesterday night, the Mayor of New York City, Bill de Blasio, sent out a tweet criticizing the Jewish community and others for holding large gatherings.

The tweet said, “My message to the Jewish community, and all communities, is this simple: the time for warnings has passed. I have instructed the NYPD to proceed immediately to summon or even arrest those who gather in large groups.  This is about stopping this disease and saving lives. Period.”  Many Jewish groups have accused the mayor of unfairly singling out the community.

The Mayor has stated that the tweet was posted as a result of frustration and anger after seeing a crowd violating social distancing requirements. He states, “I regret if the way I said it in any way gave people a feeling of being treated the wrong way, that was not my intention.” (Fox News).
by   is licensed under