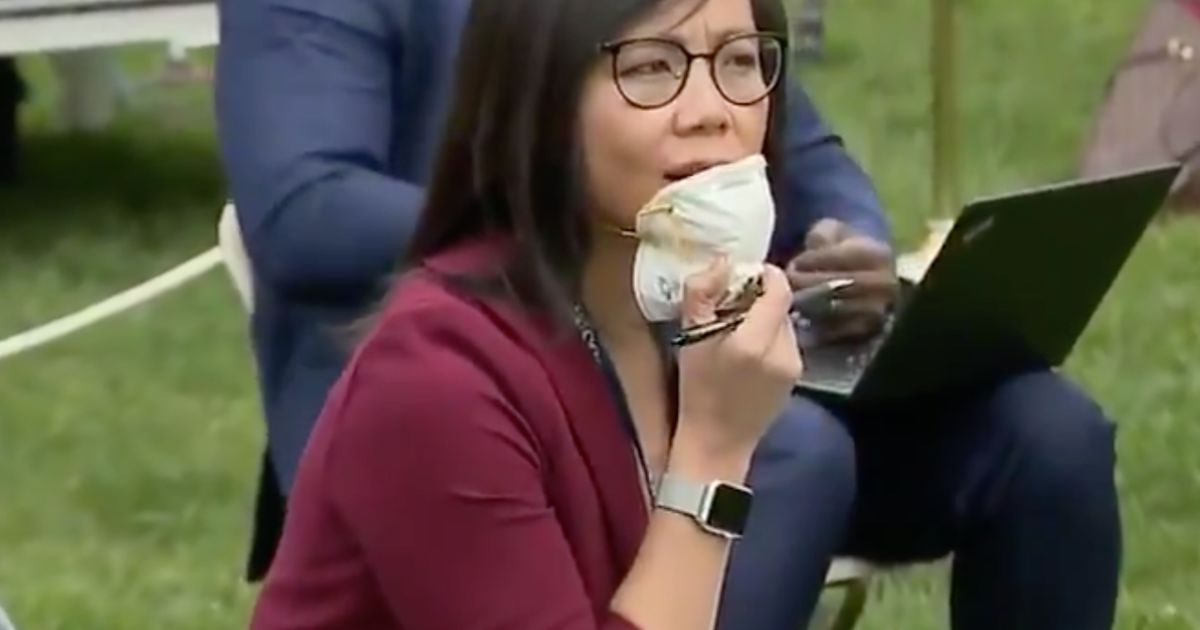 Phang, whose father is Korean, joined a number of prominent critics in accusing Trump of targeting CBS News White House correspondent Weijia Jiang at a press conference earlier in the day because of her Chinese heritage.

“There is a reason Trump deliberately pronounced ‘China’ the way he did with [Weijia] and why he told her to ‘ask China,’” the legal analyst said in a tweet. “Good for her to call him out on his BS!”

I know it's a stressful time for everyone, but it really does seem like something's going wrong here. https://t.co/HnTeDXuCZD


Trump made the offending comments after Jiang questioned him for saying his administration is leading the world in testing for the novel coronavirus.

“Why does that matter?” she asked of the president's claim without disputing it. “Why is it global competition to you, if every day Americans are still losing their lives, and we are still seeing more cases every day?”

"Maybe that's a question you should ask China," responded Trump, who has blamed the Communist Party for the global coronavirus outbreak, which has killed 80,000 Americans and counting. "Don't ask me. Ask China that question, OK?"

Trump tried to move on to take a question from CNN’s Kaitlan Collins. But Jiang interrupted: "Sir, why are you saying that to me specifically?"

“I’m not saying it specifically to anybody,” Trump said. “I’m saying it to anybody that asks a nasty question.”

When Trump again looked to call on another reporter, Collins protested that it was still her turn. Trump then abruptly ended the briefing, saying, “Ladies and gentlemen, thank you very much.”

Cue the media firestorm. White House Press Secretary Kayleigh McEnany told the hosts of “Fox & Friends” on Tuesday that such claims are “ridiculous” and expose how self-absorbed the media is.

Trump — whose pronunciation of “China” has long been parodied on “Saturday Night Live” — has repeatedly denied accusations that his use of the term "the Chinese virus" is bigoted or dangerous. The cornavirus originated in Wuhan, China, before spreading worldwide, he has pointed out.

In March, Weijia said an unnamed White House official had referred to COVID-19, the disease caused by the coronavirus, as the “Kung Flu.”
by   is licensed under