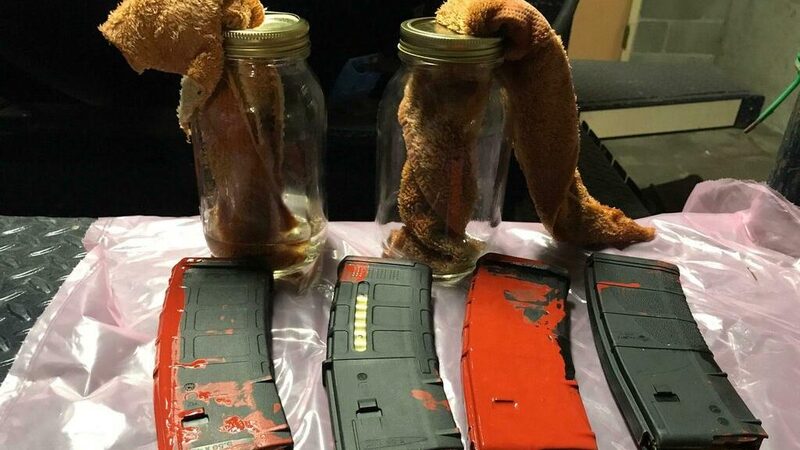 Portland, Oregon, police revealed on Monday they had recovered loaded rifle magazines and Molotov cocktails near the site of nightly local protests, which the news media has repeatedly characterized as peaceful.

The photo: The Portland Police Bureau posted to Twitter a photo of the ammunition and incendiary devices recovered on Sunday evening in Lownsdale Square Park, across from the federal courthouse that has become the target of racial justice protesters' ire.

Later in the night, U.S. agents deemed the 60th night of often-violent protests in the city an "unauthorized gathering" and worked for hours to clear the area.

The media: Many conservatives derided the elite press for consistently downplaying the violence associated with the Portland protests.

Major outlets have for months emphasized the non-violent aspects of ongoing demonstrations against racism and policing across the United States despite numerous acts of associated violence.

Here's a sampling of recent headlines that reflect the trend:

"LAW AND ORDER": President Donald Trump recently sent federal law enforcement officers to restore order in Portland as well as in nearby Seattle over the objections of local officials.