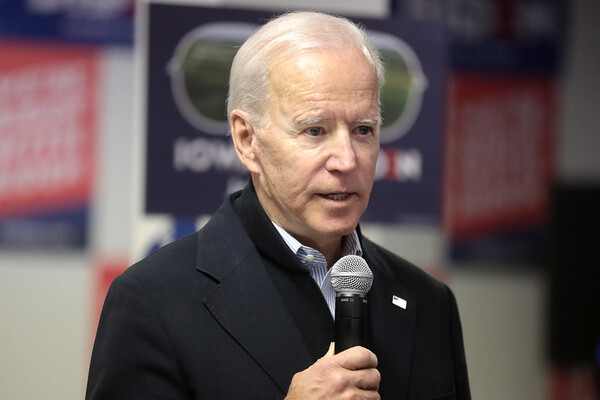 by   is licensed under
Democrats are worried after a former Obama administration official predicted the U.S. economy will bounce back from the cornavirus outbreak in the coming months.

According to a Politico report on Tuesday, Jason Furman, President Barack Obama's former economic adviser told a group of Democratic and Republican officials on a Zoom call in April, “We are about to see the best economic data we’ve seen in the history of this country."

Furman has continued to warn Democrats, including Joe Biden's presidential compaign, that millions of Americans could rejoin the workforce this year.  “This is my big worry,” said one former Obama White House official. "Trump beats Biden on the economy even right now!" bemoaned a progressive Democratic operative, who also spoke anonymously, referring to recent polls.

Other Democrats, though, expressed optimism that the economy's long-term challenges will still prove insurmoutable.

Sen. Chris Coons of Delaware: "It seems pretty unlikely to me that we’re going to have a really robust recovery in the next few months. ... Of course, we all hope there will be."

The case for a "transition to greatness":  Furman, who is now a Harvard professor, argues that COVID-19 hit the U.S. economy like a natural disaster —  not like the Great Depression or the Great Recession.

That could allow for a rapid economic bounce-back as opposed to a slow, grinding recovery.  The White House makes a similar argument, with Trump and his campaign promising a "transition to greatness" in the third quarter of 2020.


The president and his allies also accuse Democrats and the media of trying to "politicize" the pandemic in an attempt to prevent his reelection.

According to Furman, the only thing that could derail his predicted economic boom is another "really serious set of lockdowns."