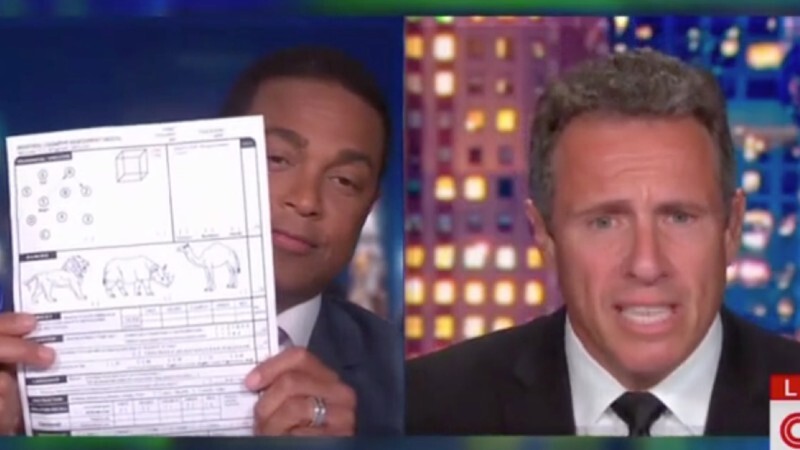 After mocking President Donald Trump for boasting about his performance on a cognitive test, CNN anchors Chris Cuomo and Don Lemon called into question their own mental acuity by flubbing a simple question on the assessment.

The moment: The self-own occurred on Wednesday during the handoff between their respective shows, "Cuomo Primetime" and "CNN Tonight."

A very stable genius: Trump has repeatedly cited his mastery of the cognitive test on Fox News in what is reportedly a calculated strategy to "weaponize his performance against [Joe] Biden."

Despite widespread mockery of Trump's comments in the media, a recent focus group of Michigan swing voters conducted last week by Axios indicated the president's plan may be working.